Located on the banks of the Savieres canal, which lead peacefully to the Lac du Bourget, come to discover the charm of this small village considered as the little Venice from Savoy.

Work: In the continuation of the first work camp realized in 2019, you will be working at the renovation of a stone wall which surrounds the Maison De Boigne. You will be working at the cleaning of the wall (to remove the vegetation and the coating) then at ancient masonry (installing the stones and lime coatings). Finally you will make a cover to protect the wall from rain. You will be guided by a technical leader who will teach you his knowledge in ancient masonry.
This workcamp doesn’t require any special competences. However, it will be necessary to manipulate the stones which are already at the site. Your motivation and your ability to work in a team are your assets for this project.

Accommodation and food: You will be hosted under tents in the middle of the municipality school of Chanaz. You will have access to toilets and showers in the interior of the building, as well as a kitchen and a common hall for lunch. In case of rain, you will also be hosted in this hall.
The group will be accompanied all the time by two leaders, a group leader and a technical leader. You will participate together to organise the collective life (cleaning, activities…) and you will participate alternately in the preparation of the meals. All of the ingredients of the meals will be purchased on the spot. We will encourage the buying of local products and we will promote the principles of the local economy. Tastings of regional products are also possible at the local producers.

Partner: The municipality of Chanaz is welcoming us for the second year in a row to organise an international workcamp. The location of this workcamp, near to the municipality, which is situated right in the middle of the village, offers this project the best opportunity to interact with the local population who is concerned by the preservation of its heritage. You will be warmly welcomed by the municipality workers and by the Mayor himself, who is also passionate about the local history.

Work: Fort du Mont is an ancient military fort dating from 1881. In the continuation of the work started in 2014, this 7th intervention offers the possibility to work on the patrol path, especially at the stone walls which will have to be reassembled to ensure the stability of certain shelters. On some sections of the wall, you will have to remove some plants. The work will be supervised by a technical coordinator with the support of Fort Du Mont volunteers.
This workcamp requires carrying of stones on the site. Technically, the workcamp is not difficult but it will require you some physic effort. With your motivation and teamwork, together you will achieve one of the last interventions at the patrol path..

Accommodation and food: You will be hosted in tents at the Fort or in one of the large dormitories, depending on the weather conditions. In any case, bring with you your sleeping bag. The kitchen, toilets, showers and free time space will be inside the Fort (many halls are available and you may use them in case of bad weather).
You will participate together to organise the collective life (cleaning, activities…) and you will participate alternately in the preparation of the meals. All of the ingredients of the meals will be purchased on the spot. We will encourage the buying of local products and we will promote the principles of the local economy. Tastings of regional products are also possible at the local producers (especially the cheese from Savoy, such as Beaufort, which has a maturing cellar located directly in the fort).

Location: The Fort is nestled in the mountain, on the heights of Albertville. The Fort is situated at 150 km from Lyon and 130 km from Geneva.

Partner: The management of the fort is entrusted to an inter-communal union which is in charge of its regular maintenance thanks to a very committed local volunteer’s team. During the summer, the local volunteers let the international volunteers, coming from all over the world, to take their places in order to bring an international tint to the Fort. For 7 years, we’ve been working in partnership with the inter-communal union of the Fort du Mont (SIFORT) which always gives you a very warm welcome.

Come to discover a prestigious itinerary of 28 km, which follows the Bourne River from Saint-Nazaire en Royans to Rencurel by connecting with the North of Vercors. Participate to the valorisation of the heritage elements of this majestic site that are the Gorges de la Bourne.

Work: As a participant of this workcamp, you will help the Park to reach its objectives.
As a group, you will follow the river’s path on 4 municipalities and you will carry out missions of cleaning, brushing, pruning and consolidation of the small walls bordering the river. This workcamp doesn’t require any specific skills. Your motivation and your interest in nature enhancement will be your main assets.

Accommodation and food: During this itinerant workcamp, you will be accommodated indoor in a communal lodging in the middle of the commune Pont en Royans, well known for its suspended houses over the Bourne River. You will have at your disposal collective rooms equipped with beds (think about bringing your sleeping bag with you), as well as common spaces where you will cook together, eat and relax. The toilettes and the showers are individual.
You will organise together the collective life (cleaning, activities…) and you will participate alternately in the preparation of the meals. We will encourage the buying of local products and we will promote the principles of the local economy. Tastings of regional products are also possible at the local producers.

Location: Pont-en-Royans (around 800 inhabitants) is a dynamic commune with plenty of cultural and touristic activities

Partner: For more than 15 years, Concordia is working in partnership with the Regional Natural Park of Vercors. This year, the Park celebrates its 50th anniversary and Concordia its 70th anniversary. Come to participate at this double anniversary and at a project with an important impact for the local community. You will be accompanied by the camp leaders from Concordia and supported by the Eco-Rangers from the Park, who are involved constantly in the management of natural places in Vercors.

Il secondo Virtual Camp: He For She 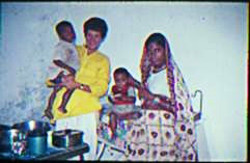 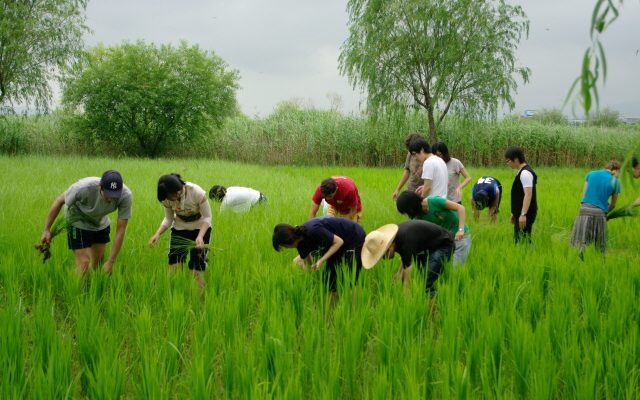 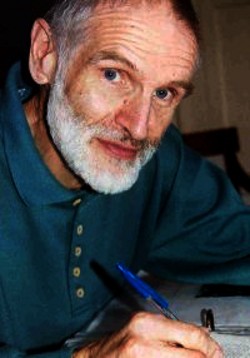